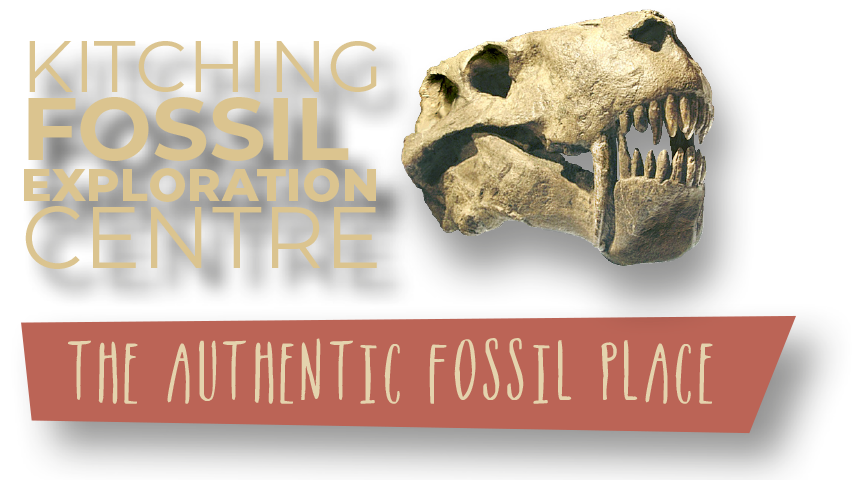 Situated in the heart of the Karoo, in the picturesque town of Nieu-Bethedsa, and home of the famous Owl House, the Kitching Fossil Exploration Centre tells the story of life in South Africa 253 million years ago during the Permian Period. Visit the centre to hear the story for yourself.
BOOK A TOUR    |    VISIT US ON FACEBOOK
Hours: 7 days a week, 9 am to 5pm   |   +27 (0)84 500 3902 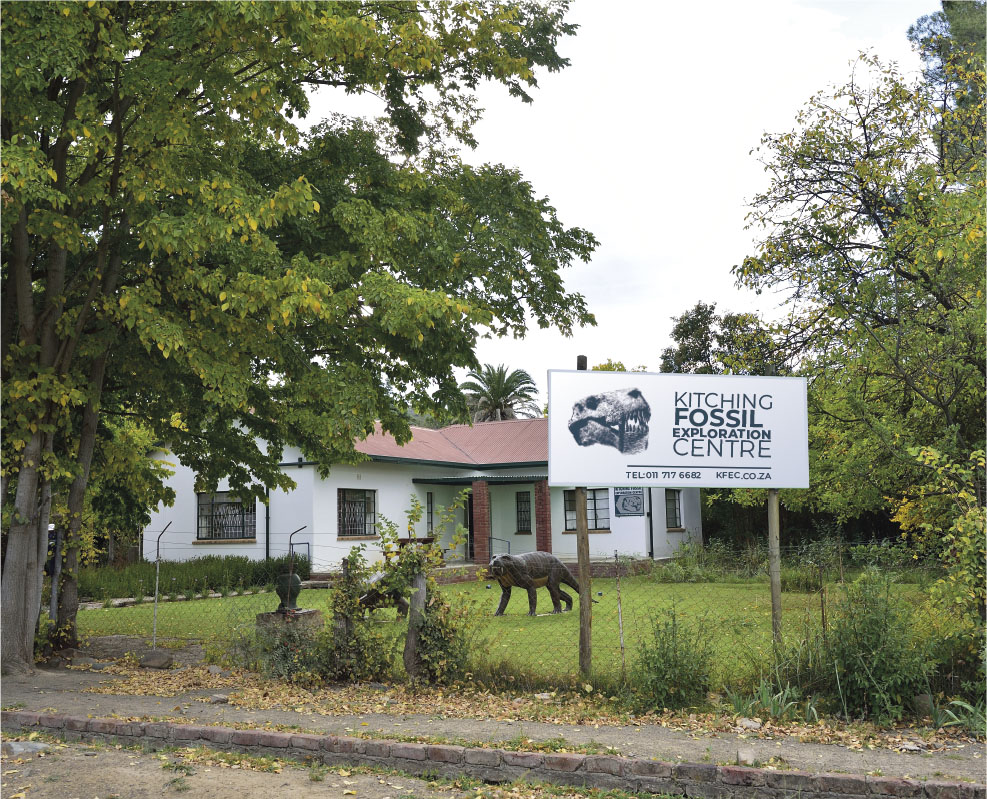 The Kitching Fossil Exploration Centre was established in 2005 as part of a collaborative programme between the Evolutionary Studies Institute (previously called the Bernard Price Institute for Palaeontological Research) at the University of the Witwatersrand in Johannesburg, the Albany Museum in Grahamstown and the Department of Science and Technology to set up palaeotourism and provide employment opportunities.

Situated in the heart of the Karoo, in the picturesque town of Nieu-Bethedsa, and home of the famous Owl House, the Kitching Fossil Exploration Centre tells the story of life in South Africa 253 million years ago during the Permian Period.

Visitors to the Fossil Exploration Centre can experience, on a short guided tour to nearby fossil-bearing rocks, the thrill of finding a fossil in the Karoo.

Step into the Fossil Exploration Centre and you enter a world without the plants and animals we know today. Life-sized models of prehistoric animals which once lived in the Karoo and paintings by the artist Gerhard Marx illustrate a time when there were no flowers or grasses, no mammals and no birds. Humans would only arrive on scene around 250 million years later. At this time the mammal ancestors (or therapsids) ruled the Earth.

The Centre also has displays on some of the latest and hottest fossil finds like Homo naledi and Australopihecus sediba. You can see a demonstration of the method that we use to extract fossils, a process called fossil preparation. Also children and the young at heart can dig in our fossil sand pit and climb on the reconstructions of the prehistoric beasts that live in the garden.

This museum is dedicated to James Kitching, one of the world’s great palaeontologists, who grew up here in Nieu Bethesda and went on to head the world famous Bernard Price Institute for Palaeontological Research at the University of Witwatersrand.

James’s father Croonie Kitching was a road engineer who, as a hobby, collected fossils for the Scottish palaeontologist Robert Broom. So it was that James, from an early age, became a practiced “fossil finder”. He found his first fossil when he was six and his first new species at the age of seven.

At the end of the Second World War James was appointed, at the suggestion of Robert Broom, to the Bernard Price Institute at the University of the Witwatersrand. There, he went on almost single handedly to build up the largest collections of fossils in the Southern Hemisphere. It has been estimated that he spent over 20 years of his life in the field, living in a tent, and collecting fossils. His fossil discoveries are present in museums on all the major continents.

In 1947 James, together with his brothers, found one of the first specimens of the ape-man Australopithecus at the Makapansgat caves in Limpopo province. This discovery led him to study the bone tools from Pinhole Cave in Yorkshire, England, as well as Palaeolithic (10000 to 2000 000 years ago) mammals in the Netherlands, Belgium and France.

In 1970, James Kitching visited the Antarctica as part of the USA-Antarctic Research Programme. There he found the same fossils as he had already found in the Karoo. This was one of the last nails in the coffin for those who still didn’t believe that the continents were once joined together as indicated by the theory of plate-tectonics. The ridge where he found those fossils was named Kitching Ridge to commemorate the occasion.

In 1973, he received his PhD for his work on the fossils of the Karoo. This was a special achievement because he never had a formal education beyond matric, and had to obtain special permission from the University Senate in order to register for this degree. In 1987 he became Director of the Bernard Price Institute, a post which he held until his retirement.

James Kitching passed away on Christmas Eve 2003 leaving behind an extraordinary legacy of thousands of hours spent collecting fossils in the field. He was one of the chief scribes of the story of life, as told by the rocks of the Karoo, between 265 and 180 million years ago.